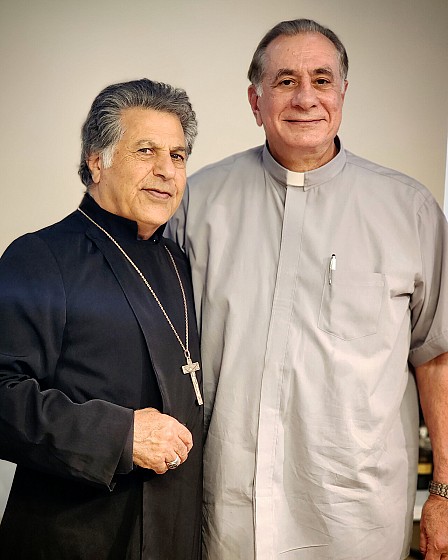 Father Timothy is blessed to serve in chaplaincy and parish ministries for over 36 years.  He served as a deacon in Maryland and parish priest in New Jersey.  He, then, served as an active-duty U.S. Air Force Chaplain.  He served in numerous locations in the United States including the Pentagon and Air Force One as well as overseas assignments in S. Korea, Europe, The Middle East, Southwest Asia, and Africa.  In addition, he served five tours in Afghanistan and Iraq as a combat chaplain. He retired from active duty service in 2013.

He grew up in Littleton, CO, and attended the University of Colorado, Boulder, where he received a B.S. in education.  After teaching in the public school system, he followed God’s calling to the priesthood and attended Concordia Seminary, St. Louis, MO, receiving a Master of Divinity.  He, then, completed the Late Vocations Program of the Orthodox Church in America, Syosset, NY, receiving a post-graduate diploma in Eastern Orthodox Theology.  He has master’s degrees from George Washington University, Washington, DC, Air University, Maxwell Air Force Base, AL, a Ph.D. from Euclid University, Washington, DC, and an Ed.D. from the University of Alabama, Tuscaloosa, AL.

Father Timothy is a priest in good standing with the Jurisdiction of the Armed Forces and Chaplaincy where he faithfully continues to serve his Lord and Savior Jesus Christ.

Father Timothy is married to Shanna Ullmann and they have two older sons, John Thomas and Jake.  They make their home in Auburn.