Saint George Anglican Church is a growing worshiping community in Auburn, AL.  We are part of the ancient Christian Church which was established on the Day of Pentecost (Acts 2:1 – 4).  This Faith was brought to Glastonbury, England in 38 A.D. by St. Joseph of Arimathea and flourished.  This faith came to N. America and continues to grow and flourish today. 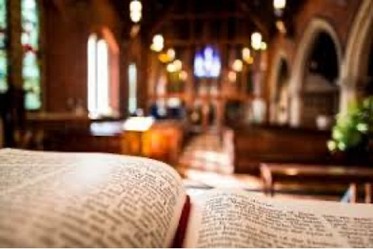 Who we are: We are a spiritual worshiping community who are:

2. Hold to the inerrancy of the inspired biblical Scriptures of the Old and New Testaments (2 Timothy 3:16)

4. Traditional—we hold to the faith once given to all the saints (Jude 3)

We are a parish church in the Jurisdiction of the Armed Forces and Chaplaincy.  As such, St. George is more than just a place where people come to worship the living God (although it is first and foremost that!). St. George strives to be a vibrant faith community of people of all ages and backgrounds—families, couples, working professionals, youth, and children.  In addition, we actively reach out to Auburn University students, faculty, and staff.  Together, we are living our faith in accordance with the commandments of our Lord and Savior Jesus Christ and the sacred practices for a spiritual life in the Anglican Church.

We are affiliated with the Anglican Church in North America (ACNA), which unites 112,000 Anglicans in nearly 1,000 congregations across the United States, Canada, and Mexico. The ACNA is recognized as a province of the global Anglican Communion, which includes national and territorial churches in traditionally Anglican countries around the globe. There are over 85 million Anglican Christians in the world today—the third largest Church in the world!

If you want to worship in spirit and in truth, we invite you to “come and see.”  Whether you are on a spiritual journey or just wanting to visit a local Anglican Church, you will be warmly welcomed at St. George Church. We are always honored to have visitors join us for prayer and worship.

Father Timothy is blessed to serve in chaplaincy and parish ministries for over 33 years.  He served as a deacon in Maryland and parish priest in New Jersey.  He, then, served in the U.S. Air Force as a Chaplain.  He served in numerous locations in the United States including the Pentagon and Air Force One as well as overseas assignments in S. Korea, Europe, The Middle East, Southwest Asia, and Africa.  In addition, he served five tours in Afghanistan and Iraq as a combat chaplain. He retired from active duty service in 2012.

He grew up in Littleton, CO and attended the University of Colorado, Boulder, where he received a B.S. degree.  After teaching in the public school system, he followed God’s calling to the priesthood and attended Concordia Seminary, St. Louis, MO, receiving a Master of Divinity.  He, then, completed the Late Vocations Program of the Orthodox Church in America, Syosset, NY, receiving a post graduate diploma in Eastern Orthodox Theology.  He has master’s degrees from the George Washington University, Washington, DC, Air University, Maxwell Air Force Base, AL, and a PhD from Euclid University, Washington, DC, and an EdD from the University of Alabama, Tuscaloosa, AL.

Father Timothy is a priest in good standing with the Special Jurisdiction of the Armed Forces and Chaplaincy where he continues to faithfully serve his Lord and Savior Jesus Christ.

Father Timothy is married to Shanna Ullmann and they have two older sons, John Thomas and Jake.  They make their home in Auburn.

Location
We are currently worshiping at The Youth For Christ building, 1400 N. College St., Auburn, AL 36830